Mark Bodé was born in Utica, NY in 1963. He resides in Northampton, Massachusetts and Brooklyn, New York with his wife Molly and daughter Zara. Series: The Bodé Library. Publisher: Fantagraphics Books (July 7, 2004). Inspired by a painting that his dad, Vaughn Bode, did of his comic character Cheech Wizard, as "the Lizard of Oz," son Mark Bode created this beautiful graphic novel that parodies the Wizard of Oz, recreating his dad's sexy fantasy style-almost better than his dad in some ways. Certainly a wonderful homage piece.

Mark Bodé (born February 18, 1963 in Utica, New York) is an American cartoonist. The son of underground comics legend Vaughn Bodē, Mark often produces works similar to the elder Bodē’s style. He is best known for his work on Cobalt-60, Miami Mice, and The Lizard of Oz. Bodé has also worked for Heavy Metal magazine and on The Teenage Mutant Ninja Turtles. Bodé is also a tattoo artist, spending many years working around Northampton, Massachusetts, although he now lives in California.

Working from ideas developed by Vaughn Bode right before his death, his son Mark has re-enlisted his father's entire cast of characters for The Lizard of Oz, a full-color graphic novel that pays playful homage to and parodies the classic L. Frank Baum fairy tale (and its beloved film adaptation).

The Wonderful Wizard of Oz (/ɒz/) is an American children's novel written by author L. Frank Baum and illustrated by . Denslow, originally published by the George M. Hill Company in Chicago on May 17, 1900. It has since seen several reprints, most often under the title The Wizard of Oz, which is the title of the popular 1902 Broadway musical adaptation as well as the iconic 1939 live-action film.

Back in the 1960s and 1970s, underground comix superstar Vaughn Bode fathered an entire world of wonderful characters, including Cheech Wizard, the belligerent "cartoon gooroo"; his trademark naive lizards and buxom "Bode babes"; eccentric robots; and much, much more.

Vaughn Bodē (/boʊˈdiː/; July 22, 1941 – July 18, 1975) was an American underground cartoonist and illustrator known for his character Cheech Wizard and his artwork depicting voluptuous women. Bodē has a huge following among graffiti artists, with his characters remaining a popular subject. Bodē was inducted into the Will Eisner Award Hall of Fame for comics artists in 2006.

by Mark Bodé Working from ideas developed by Vaughn Bodé right before his death, his son Mark has re-enlisted his father's entire cast of characters for The Lizard of Oz, a full-color graphic novel that pays playful homage to, and parodies, the classic L. Frank Baum fairy tale (and its beloved film adaptation). Blessed with an original, full-color wraparound cover by Vaughn Bodé (one of his last completed works), augmented with a long introduction by Bodé expert and Paper Magazine contributor Carlo McCormick that explores the legacies of both Bodé and Oz creator L. Frank Baum, as well as with a sketchbook of Mark's preparatory work for this ambitious book. MATURE READERS SC, 8x11, 64pg, FC

Related to Lizard of Oz (The Bod&eacute; Library): 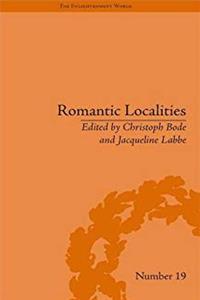