Mary Cappello is a writer and professor of English and Creative Writing at the University of Rhode Island. Her work has been featured in The New York Times, Salon, The Huffington Post, in guest author blogs for Powell's Books, and on six separate occasions as Notable Essay of the Year in Best American Essays.

Mary Cappello is the author of five books of literary nonfiction, including Awkward: A Detour (a Los Angeles Times best seller); Swallow, based on the Chevalier Jackson Foreign Body Collection in Philadelphia’s Mütter Museum; and, most recently, Life Breaks In: A Mood Almanack. Her work has been featured in The New York Times, Salon. com, The Huffington Post, on NPR, in guest author blogs for Powells Books, and on six separate occasions as Notable Essay of the Year in Best American Essays.

Cappello takes the reader on journeys through Rome, Sicily, London, Moscow, and places in Canada and the United States as she explores the permutations of awkward. She delves deeply into her own past and present and that of her family and the impact of immigration on awkwardness. Cappello carefully explores the awkwardness found in the lives and literary works of Emily Dickinson and Henry James. Mary Cappello's book is poignant,moving, humorous, and heart and eye-opening.

Mary Cappello, "For 'Anyone Interested in Learning What Makes Us Human', Salmagundi, Spring-Summer 2008, 75-96. Mary Cappello, "Ingestion/Alone on Floor with a Pile of Buttons," Cabinet Magazine: A Quarterly of Art and Culture, Special Issue: Forensics, 43 (October 2011): 12-15. Awkward: A Detour with Celeste Quinn for Illinois Public Radio's Afternoon Magazine, February 27, 2008. An illustrated reading, "The Chevalier Jackson Foreign Body Collection and the Art It Has Inspired," at St Bartholomew's Hospital Pathology Museum and Gallery, London, England, June 2012.

Los Angeles Times BestsellerMary Cappello[’s] inventive, associative taxonomy of discomfort . . . [is] revelatory indeed.” MARK DOTY, author of Dog Years: A Memoir and Fire to Fire: New and Selected PoemsA wonderful, multi-layered piece of writing, with all the insight of great cultural criticism and all the emotional pull of memoir. A fascinating book.” SARAH WATERS, author of The Night Watch and The Little StrangerWithout awkwardness we would not know grace, stability, or balance. Yet no one before Mary Cappello has turned such a penetrating gaze on this misunderstood condition. Fearlessly exploring the ambiguous borders of identity, she mines her own life journeysfrom Russia, to Italy, to the far corners of her heart and the depths of a literary or cinematic textto decipher the powerful messages that awkwardness can transmit.Mary Cappello is the author of four books of literary nonfiction, including Awkward: A Detour, which was a Los Angeles Times bestseller, Called Back: My Reply to Cancer, My Return to Life, which won a ForeWord Reviews Book of the Year Award and an Independent Publishers Prize, and Swallow: Foreign Bodies, Their Ingestion, Inspiration, and the Curious Doctor Who Extracted Them. Professor of English at the University of Rhode Island, she lives in Providence, Rhode Island and Lucerne-in-Maine, Maine.

Related to Awkward: A Detour: New and Selected Poems, Volume One With This Ring (Bestseller Romance) An Aesthetic Underground: A Literary Memoir 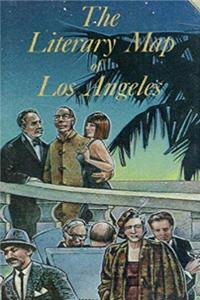 Are You Somebody?: The Accidental Memoir of a Dublin Woman All But the Waltz: A Memoir of Five Generations in the Life of a Montana Family